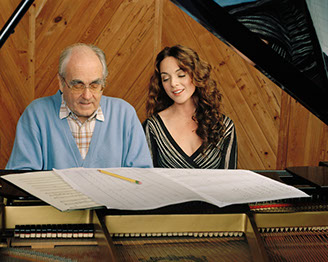 Swept Up in the Whirlwind 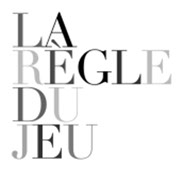 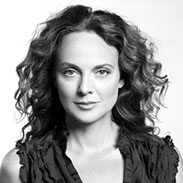 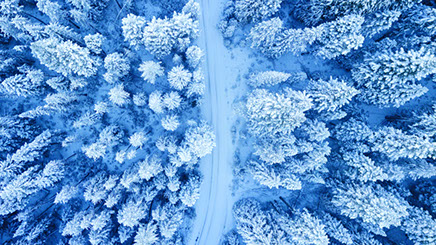 Those who know me best may say that I am more than a singer, that I am a multitasker, a mom, a writer, an actor, someone who rarely misses your birthday, makes time for family and friends—and sometimes my closest loved ones think I simply am doing too much. When, with a 2-year old already in hand, I gave birth to twins, it seemed further evidence that I do everything triple.

In my role as singer, performing the music of a French composer for much of this year, I came upon many things French and found myself researching more, in bits and pieces—creating a kaleidoscope of Parisian sensations in my soul that I thought I could use in my live concerts. Along the way I came upon the famed novelist Albert Camus, and then to his praise of someone new to me, Simone Weil, who he called “the only great spirit of our times,” a philosopher, mystic and political activist who died at 34 in 1943.

Perusing her work, I found she once wrote: “All the natural movements of the soul are controlled by laws analogous to those of physical gravity. Grace is the only exception. Grace fills empty spaces, but it can only enter where there is a void to receive it, and it is grace itself which makes this void. The imagination is continually at work filling up all the fissures through which grace might pass.”

Her thoughts on grace stopped even me in my tracks, and made me wonder where the fissures in my soul might still be found.

In late September, I had settled my three children into their school routines and went to Europe for a concert. I found myself with a few days off overlapping with my husband, who had a work trip not far from where I was. With grandparents in place at home, we scheduled a brief vacation despite a voice in my head saying ‘Hurry back, be the organizer, don’t miss one thing.’  We met up in Athens. I discovered I had a mild case of shingles—an itchy skin condition often brought on by stress and exhaustion—got treatment, and in three days it was time to return to New York. I was feeling better, but was not well yet. Though we have never done anything like this, my husband kindly suggested I stay in Greece. We could move my flight from Friday to the next Friday. Disbelief. I saw a window of emptiness—a week with no plans—and stared at it like a stranger. Are you dangerous? Are you a friend?

I stayed. I took a public ferry. I rented a simple room in a harbor on a small island, and he took my bags home. Costumes, makeup, hair extensions, high heels, sheet music and scripts, all gone home. I was left with myself. (Of course, I called my kids every day, and they were amused, and happy for me, intrigued even. They each texted me on the first day, in a series, from “Have fun, Mom” to “You deserve it” to “No offense, but I don’t miss you.” My own mother shot me a few words: “I don’t see you opening a coffee shop.”) So, I had a room with a window with slatted wooden shutters that looked out onto boats coming and going all day. Fishing boats, tourists, adventurers, ferries. It was so soothing to see  this sunlit world in a metaphor of activity, sparkling on the water.

It wasn’t about money, or living luxuriously, which I did not. But the luxury was my own quiet. A chance to watch, to be a witness to the harbor, to pay attention to a sunrise and sunset. My friends ask me what I did. I can’t really explain it. Who has time to ever do this? I get it. But I did it. I’ve had many vacations that are not really vacations. I think it was on another Greek island that one of my favorite musicians, Leonard Cohen, wrote those great lyrics, which echo Simone Weil: “Forget your perfect offering/There is a crack in everything/That’s how the light gets in.”

Simone Weil made sense to me there on my island. And I knew the island had to come home with me. We all know how to cram our days and our minds with every imaginable project, attending both to every necessity and every distraction. We block the road to our quiet selves. We won’t feel peace until we make room for it.

And once we find the fresh restoring light of grace, it may run away again. The fissures in our mind harden, and grace retreats. It’s a perpetual dance. 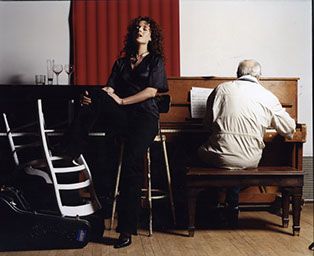 Standing behind a large movie screen this summer, I watched The Thomas Crown Affair in reverse. I was the curator of The Summer of Michel Legrand, a film festival at the French Institute Alliance Française (FIAF) in New York City devoted to the great French film composer. I made welcome speeches and then slipped backstage to regroup with staff before heading to my seat in the auditorium. I remember so vividly that strange view of the film: the reversed faces, the distortion of seeing the credits backward, the scenes unfolding from behind the thin scrim. I became aware of the breadth of cinema: If I had been watching from the front, the world of the movie—a fabulously erotic caper—would have unfolded in all its depth, luring me into its three-dimensional storytelling.

Standing behind it, I felt the width of what a film is—this weightless sculpture of sound, image and music. My first time as the curator of this festival, I had made my list of films, selections with the most musical characters, the ones only a singer would be drawn to curate: Donkey Skin, Lola, and The Umbrellas Of Cherbourg and the dancing jumelles in The Young Girls of Rochefort. How I loved the spirit of that period—the nouvelle vague posters, with their black-eyeliner graphics.

Later, I found a lost box in my attic, a box filled with intimate demos made with the composer himself, at the piano. They were the sketches for what became a large-scale project I made a decade ago—an album with Legrand recorded with the Brussels Philharmonic, a 100-piece symphony. That album was about to be re-released in the wake of his passing. The forgotten box made that project suddenly deeply meaningful. I could see, as with The Thomas Crown Affair, a large project from another perspective, not caught in the grandeur, seeing the light, the shapes, as light and shape.

The demos are simple, just the two of us. You can hear Legrand effortlessly playing his own hit songs in a classical style, as if impersonating Mozart or Ravel over his own melodies, then suddenly veering to a deep jazz rhythm, or a characteristically witty—even frenzied—jazz waltz, and then to a pop groove.

I decided to release the demos alongside the older album, since I now know that his pluralism was his genius, crossing boundaries was his richness. Narrowness as a sign of excellence is so built into our culture. We even narrow our children, pressuring them to limit their fields of exploration. I remember having a parenting discussion with Legrand once—before I was a mother—and hearing him say: “Parenting is showing them everything. Show them what it is to fly a plane, show them music, show them swimming, show them all of it.” Michel Legrand died in January, leaving a legacy for more than movie lovers. His breadth and width are our freedom.